Manx Shearwater seen flying West about 1 1/2 miles out of West Bay
Reported by Tony Smith.
Posted by Darren Fanner at 21:20

7 Bottlenose Dolphin 2 miles out of Seatown.
Reported by Tony Smith of Christine Anne. 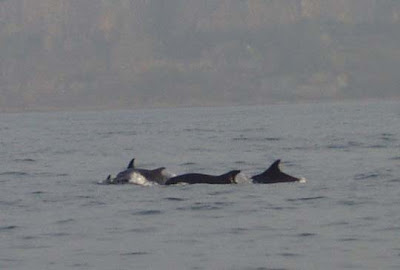 A Dwarf Sperm Whale live stranded at Mounts Bay, Cornwall and was refloated. This is the first confirmed record of this species in UK waters. More details
A similar species, the Pygmy Sperm Whale stranded on the Isle of Seil in Scotland on 6th October. More details
Posted by Darren Fanner at 12:08

20Th OCTOBER,2011
20nm SE of Start Point, Devon
Out on a fishing boat, still good numbers of Bonxies in the English Channel, with c30 around the boat. One Arctic Skua (pale phase adult), 2 Mediterranean Gulls (ads) in with numerous Kittiwakes, 2 Little Gulls (ad and 1w), 2 European Storm-petrels. Best of all a Leach's Storm-petrel passed by a distance, quite a white-rumped bird - I managed to get a couple of shots (see below). Also Common Dolphins feeding under Gannets and a shark sp. feeding on the surface. On the 16th the skipper of the boat saw 2 Risso's Dolphins while fishing in the same area.
Photos below: Leach's, Bonxies, Arctic Skua and Med Gull ©Mark Darlaston 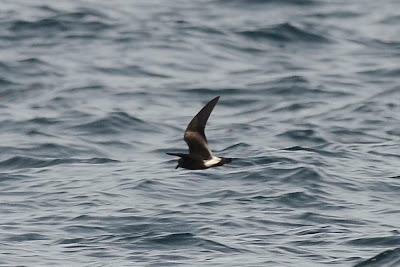 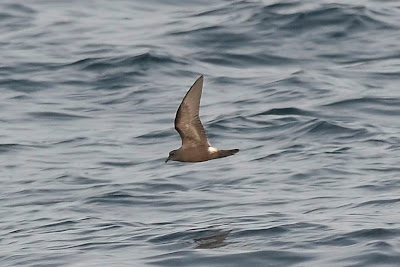 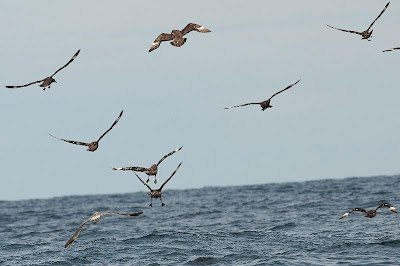 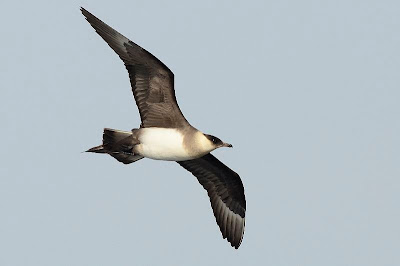 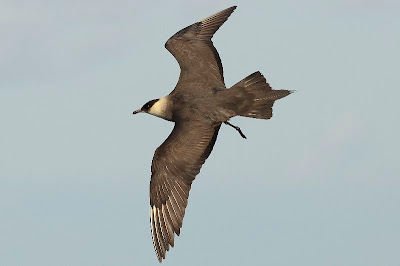 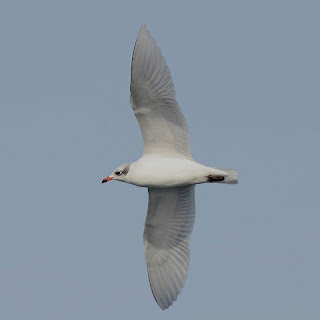 12th OCTOBER 2011
English Channel - 20nm south of Start Point, Devon
A good day out on a fishing boat with 4 Common Dolphins briefly bow riding. Notable was a large movement of Bonxies through the channel, we had up to 40 around the boat at anyone time, so I probably saw in excess of 6o during the day. One bird carried an orange ring (on left leg) and a logger and would be a bird breeding on either Foula or Hoy being monitored by the University of Glasgow. Only when the data is download next breeding season with we know which Island as I was unable to read the number on the ring. 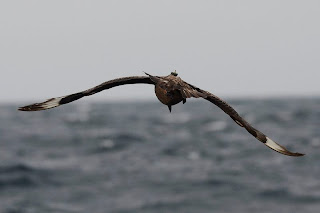 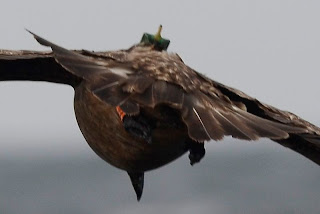 Other birds included this very interestingly plumaged Pomarine Skua. A very dark bird, with paler barred belly. Probably 4th cal-year as underwing almost as adult except for a hint of barring on axillaries, or perhaps advanced 3rd cal-year. 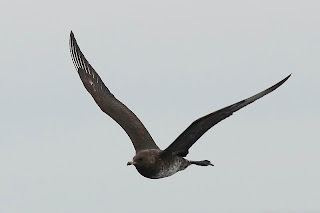 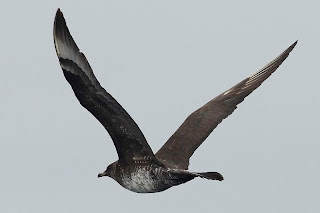 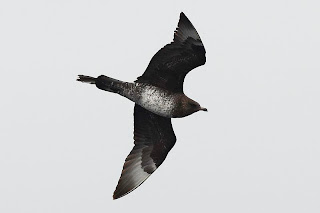 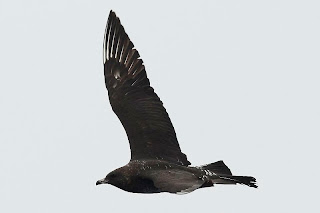 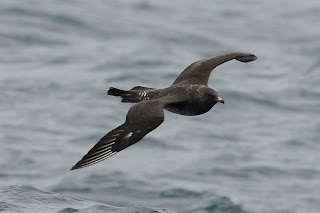 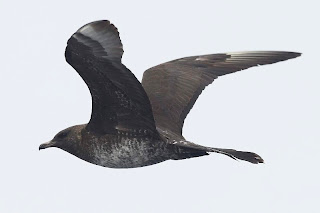 And also around the boat two Sooty Shearwater but only 3 European Storm-petrels seen. 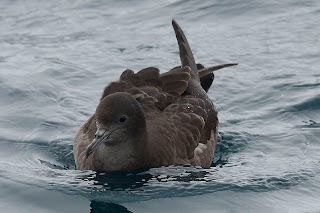 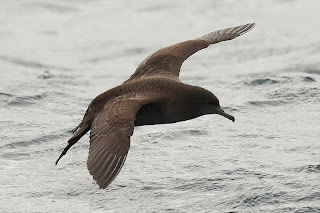 MarineLife is a UK charity that carries out research, educational and conservation work on whales, dolphins, seabirds and other marine animals in the oceans of North-west Europe.

From 2009-2011 Marinelife is carrying out the biggest ever survey of cetaceans and seabirds in the western English Channel through the CHARM III Project, 50% funded under the European Union’s Interreg IV programme. Read all the latest news and sightings here.

Send us your noteworthy cetacean and seabird sightings to sightings@marine-life.org.uk. Find out more details here.

Volunteers: help us fill in the gaps!

As a charity, we rely heavily on donations to carry out our work and really appreciate your support. No donation is too small and we are grateful for any contribution you feel happy to give.

100% of all monies donated will go directly to supporting MARINElife's research, conservation and education work.